“Blockchain” and “Bitcoin”, both are the most trending and media’s favorite terms these days and I am sure you would have heard of it as well. People from technical as well as non-technical worlds keep asking and discussing these buzzwords of the year. Is blockchain the new internet? How is it better than the traditional method? Who owns blockchain? The same kind of questions arise everywhere in the world, and with that blockchain has taken the world by storm. In this article, I’ll try to give you a quick insight into blockchain and what it is all about.

Let’s start with the very basic. The most hyped topic since 2K17 has been blockchain, but what really is it? In simple terms, blockchain is a time-stamped series of data that is managed by a cluster of systems or computers not owned by any single particular entity. In other words, blockchain is a specific type of data structure. The author of Blockchain Revolution, Don & Alex Tapscott said, “The blockchain is an incorruptible digital ledger of economic transactions that can be programmed to record not just financial transactions but virtually everything of value.” The special thing about blockchain network is that it has no central authority, Since it’s a shared and immutable ledger, there is a no monopoly in blockchain network, you can even say that it’s a great example of the democratized system. In 2008, someone used the name Satoshi Nakamoto and mailed the bitcoin white paper to a cryptographic mailing list. Satoshi Nakamoto is the name used by an unknown person or group of persons who developed it. And it has been almost ten years that Satoshi released the first bitcoin whitepaper and Satoshi Nakamoto defines bitcoin as “a peer-to-peer electronic cash system”. It carries some infrastructure cost but has no transaction cost associated with it.

The blocks of data are secured and bound to each other using cryptographic principles and cryptography is a process which encrypts and secures the data communication to avert third parties from reading private messages. The network of blockchain has no central authority. The blockchain is an easy but at the same time ingenious way of passing data from one entity to another in a fully automated and safe manner. But if we talk about the core, then blockchain is somehow similar to regular databases. It contains information on things that happened in the past but with unique attributes. The most important pillars of blockchain technology are as follows:

These are the most important properties that have helped blockchain to gain success and fame all over the world. Blockchain was built from three technologies: Private key cryptography, P2P Network and Program (Blockchain protocol).

How does it work?

Now that we know what exactly blockchain is, the question arises how does it work? If we go through the blockchain design, then we’ll see that it is simple structure-wise and it’s this simple structure that makes the blockchain, invulnerable to data tampering. Typically, the blockchain data structure is managed by a peer-to-peer network, working hand to hand to solve tough and complex mathematical problems in order to validate new blocks. Once the data is recorded in any given block, it cannot be updated subsequently without making changes in all the subsequent blocks, which requires the confirmation of the majority of blocks in the network. By making use of the ‘Transaction Hash’ (Hashes are the long series of random strings used to track your transaction) or wallet address you can read the transaction history in the blockchain. This is the most important reason why blockchain technology is secure and not easy to hack.

Speaking of security, In recent years, the security of personal data has failed to evolve and actually it has been deteriorating, and the security of the personal data is a human right and then if we are trusting blockchain at the very extent, then does this blockchain offer us that security? A ‘Big Yes’ is the answer to this question. The blockchain is innately secure because it uses cryptography principles to give individuals proprietorship of an address and the crypto assets associated with it, into and out of a combination of public and private keys. They are made up of different combinations of random numbers and letters. This resolves the issue of stolen identity as addresses. So basically, blockchain provides Z+ security to every individual user as it removes the weak and easily compromised online identities and passwords. Also, it is good to know that private keys are even more secure as they are considerably longer.

But why do we even need something this complex?

Is blockchain really really important? And if yes, then why? As we have mentioned earlier, the most important pillars of blockchain is its concept of decentralization and bringing your trust to a decentralized network is groundbreaking. Decentralized network means that there is no central point of failure, that means no middlemen. By middlemen, we mean supply chain checkers, banks, medical record companies and so on. “Transparency” is also a very important property of the blockchain network. All the transactions are public and freely visual, and virtually impossible to hide. So, this aspect provides better transparency for institutions and firms. With the democratic network, it provides no central authority. So in few words, blockchain technology provides us to have a decentralized, transparent and democratic solution. Through this, it completely removes third-party interferences. Also, the blockchain data structure is tamper-proof as changes made even in one block would require changes to be made in all the blocks.

This is just a taste of what blockchain actually is and how it is affecting us and what will be its impact in the near future. The blockchain is helping us in a various way. Its outstanding features provide more security and least or no dependency on the middle person. All, some or none of this may eventually come to pass, but the blockchain technology is fascinating and exciting. 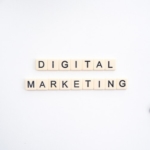 Digital Marketing and its significance today 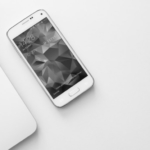 70 thoughts on “An insight into blockchain”

You need to be a part of a contest for one of the most useful blogs on the net. I will recommend this blog! Phylys Giulio Ronalda

Hi, I log on to your blog on a regular basis. Your writing style is witty, keep up the good work! Dianna Huberto Berny

Cryptocurrency rates are breaking records, which means you have the opportunity to make money on cryptocurrencies. Join our system and start making money with us. Go to system: https://bit.ly/3cmpKBW

Cryptocurrency rates are breaking records, which means you have the opportunity to make money on cryptocurrencies. Join our system and start making money with us. Go to system: https://bit.ly/3tfvfsR

“I wanted to thank you for this fantastic read!! I definitely enjoyed every little bit of it. I have you book-marked to look at new things you postÖ”
נערת ליווי בחיפה

It’s nice to come to Italy and say “Buongiorno!” passing waiter. And then catch the admiring glances of those with whom you came. Is not it? But it has long been known that learning foreign languages contributes to the development of a good memory. It’s also very interesting! So why not take advantage of this?

These are effective methods for training memory. But there is also something interesting. Memory is inextricably linked to proper and good brain function. This means that stimulating its work allows you to improve memory:

It has been proven that regular sports activities increase brain activity and improve memory;
No to gray days! It is well remembered that that does not fit into the framework of everyday life. Try to change the environment, add bright colors, go to the store on a new path … It is not necessary to radically change your life. Just add something new to your daily routine, and your brain will work with renewed vigor;
Add new habits. For example, tidying up your desk in the morning is a great start to a productive day!
Meditation, relaxation make the brain switch, relax. This means that he will perform new tasks with renewed vigor;
Music has a magical effect on our brain. It has been proven that people who practice music have better memory and analytical skills;
Teamwork. Brainstorms have proven their effectiveness more than once. And now scientists have proven that the decisions made in the team were more accurate and faster. They attribute this to the fact that information is easier to perceive and assimilate during communication. Therefore, solve problems together!
The brain assimilates and sorts information while we sleep. So don’t ignore this process.
Conclusion

This is just a small part of the effective techniques for developing memory. But simple reading will not work. Apply these techniques. Remember, only 50% of the result depends on the doctor, and the remaining 50% on the patient. Without working on yourself, you will never reach the top.
Figure 1. Sample structure of coursework
The above structure can only serve as a guide. When giving the assignment to write a term paper, the teacher usually shows a sample of drawing up a plan, explains which sections should be contained in it.
How to write the introduction of a term paper correctly

The introduction is what is always read. If the main part of the commission (and even the leader, if he is not very conscientious) can skim through, then the first pages of the text will certainly receive close attention. As the title implies, this section serves to introduce readers to the course of the matter, to briefly describe the research. The introduction consists of typical parts:
Relevance of the topic. You need to explain why you chose this particular topic, why it should be considered. The arguments presented depend significantly on the direction of the research – it can be either the novelty of the topic (“in connection with active changes in this area”), or its controversial nature (when one large scientific school expresses one opinion, and another – another), or practical significance. For historical topics, it is necessary to establish a connection with the present, to trace what the events of the past are affecting now, to draw parallels.
Objective. A goal is what you want to achieve as a result of your research. For undergraduate coursework, the goal may be to “learn” something, or “systematize knowledge” about something. In senior years, the work is more practical in nature, and the goals change – “to formulate recommendations for improvement”, “to develop a project”, “to identify ways to improve efficiency.”
Work tasks are a kind of “steps” to achieve the goal. If the goal of the work is one, then there are several tasks. Their number should correspond to the number of paragraphs in the work plan. Each item in the table of contents is a separate task.
Dated using verbs – “analyze”, “consider”, “characterize”, “describe”, “classify”, “reveal” and others.

“I was very happy to discover this site. I need to to thank you for ones time due to this fantastic read!! I definitely savored every little bit of it and i also have you saved to fav to check out new stuff in your website.”
דירות דיסקרטיות בחיפה